The impact of machine learning on the environment. Do you often reflect and think about it? Where does the responsibility of making green choices lie? Users, researchers, programmers, hardware developers, or somewhere else?

The impact of machine learning on the environment. Do you often reflect and think about it? Where does the responsibility of making green choices lie? Users, researchers, programmers, hardware developers, or somewhere else?

Regardless of who is responsible, I would say that the first step to ecological machine learning systems is being aware and, in turn, bringing awareness to others. Sustainability is a hot topic and even a need, especially since our technology-consuming society wants to keep growing. I believe that being well-informed leads to better choices or at least leaves us thinking about them. In this blog, I aim to provide an objective, academically-based overview of sustainable decisions regarding machine learning.

There are a couple of good scientific articles on the topic, and it is essential to understand and interpret them correctly. I would personally stay away from magazine articles or quick reads that don't cite scientific papers. Very often, these quick reads lead to the wrong comparison of values. Moreover, they don't show the proportion of comparison of numbers or expose only one side of the story.

Over the years, machine learning models have become increasingly powerful in their abilities. Advances in techniques and hardware for training deep neural networks have recently enabled impressive accuracy improvements across many fundamental NLP and computer vision tasks. As a result, training a state-of-the-art model now requires substantial computational resources that demand considerable energy and associated financial and environmental costs.

Sustainable machine learning has led to some experts developing tools capable of monitoring the carbon impact behind machine learning models, as well as laying down the groundwork for mitigation approaches like carbon-aware computing. Most of the tools measuring AI's carbon footprint are a work in progress, and as some recent studies show, their mileage can vary depending on the context.

Developing greener AI systems is not influenced by solely one factor, resulting in quite dispersed solutions. There are diverse areas of action, however. This article will focus mainly on three points of view: machine learning programmers, hardware developers and researchers, and finally, Cloud Servers.

DYOR - Do your own research 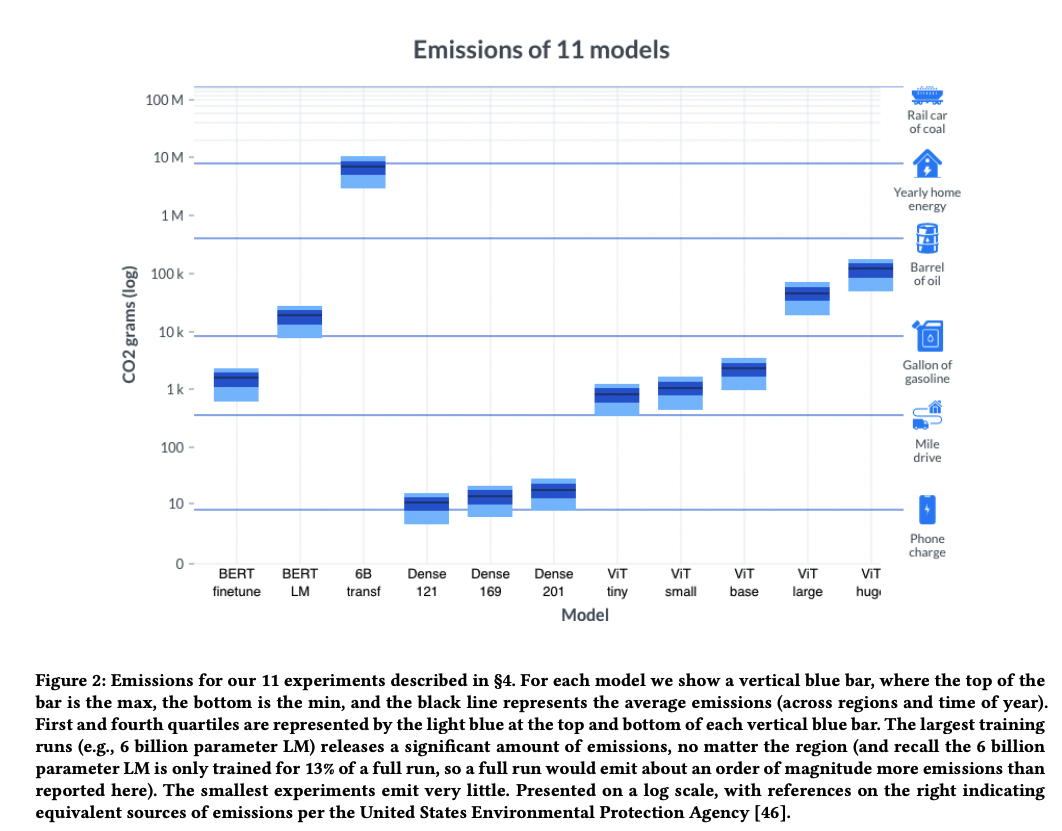 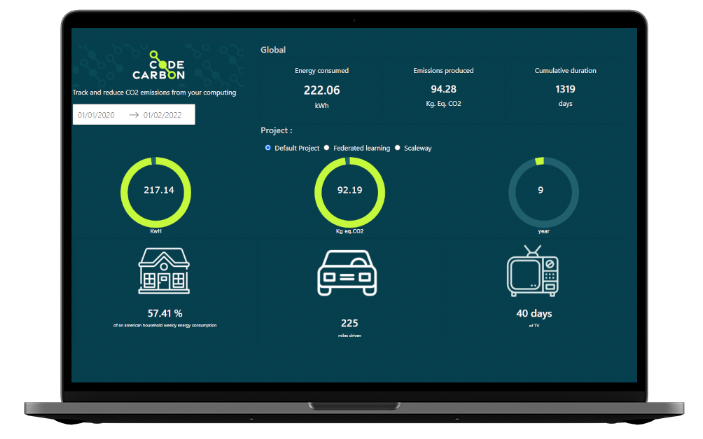 This package enables developers to track emissions, measured as kilograms of CO₂-equivalents, or CO₂eq, to estimate their work's carbon footprint. To do this, they useCO₂-equivalents [CO₂eq], a standardized measure used to express the global warming potential of various greenhouse gasses, the amount of CO₂ that would have the equivalent global warming impact.

For computing, which emits CO₂ via the electricity it consumes, which is generated as part of the broader electrical grid – for example, electricity generated by combusting fossil fuels such as coal – carbon emissions are measured in kilograms of CO₂-equivalent per kilowatt-hour.

It's super easy to use! You can go for the online mode or offline mode. For example, with the offline mode on a very high level, you have to:

→ Create an object to track your training - OfflineEmissionsTracker; → Get an emissions CSV file.

The carbon footprints range from facilities in different locations because of variations in power sources and fluctuations in demand. The results in the graphic below demonstrate the variations in carbon emission for training a BERT model.

It can be observed that data centers in the central United States or Germany emitted 22–28 kilograms of carbon dioxide, depending on the time of year. This was more than double the emissions generated by doing the same experiment in Norway, which gets most of its electricity from hydroelectric power, or France, which relies mainly on nuclear power.

Moreover, the time of day at which experiments run matters. For example, training in Washington during the night, when the state's electricity comes from hydroelectric power alone, led to lower emissions than doing so during the day, when power also comes from gas-fired stations.

A great deal of the responsibility for emissions lies with the cloud provider rather than the researcher, since the energy source of the cloud provider has the bigger impact on this matter. For this reason, the providers could adopt flexible strategies that allow machine-learning runs to start and stop at times that reduce emissions. On this matter, I advise anyone to read this publication.

With so many proposed solutions, where should you start? I would go for the 'close-to-us' decisions, where the action is possible. Once in a while, a chat with others can have the so-called 'butterfly effect'…

To cut it green:

For the ones with a green appetite: